We offer professional programming that is suitable for all levels of fitness. Our motivational coaches are passionate about training in a friendly, safe and clean environment. All levels of fitness are encouraged to become part of our community and our coaches will show you how to modify movements and exercises as needed. We are here to make sure you are getting the most of your workout while reinforcing proper form for safety and to prevent injury.

Every coach at CrossFit Fair Oaks Ranch has obtained their Level 1 Certificate. Many of our trainers were former athletes and have acquired additional training to better assist individuals in reaching their personal fitness goals.

As always, please feel free to ask any questions about workouts, our coaches are always ready to answer!

Aaron has been a CrossFit owner, manager and competitor since early 2000. He leads many of CrossFit Fair Oaks Ranch classes as Head Coach and provides excellent programming for all levels of fitness. Aaron competed in the CrossFit Games 2014 Team and was a CrossFit Games 2017 Masters Qualifier 35-39 (5th place). 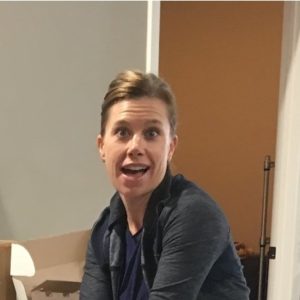 Melanie was born and raised in Sugar Land, TX.  She lived there with her husband (of 20 years) and 4 kids until moving to Boerne in 2014.

Mel’s husband, Jared, encouraged her to join her first CrossFit class in Stafford, TX back in 2012.  After feeling intimidated by it initially, she grew to love it so much, she went to get her Level 1 Certificate in 2015.

Mel lives an active lifestyle and along with CrossFit she loves playing tennis, hiking and doing anything with her husband and kids.

Franco has been involved in the fitness community since a child.  His father was a professional soccer player and head coach for many Latin American teams, and his family owned and managed a gym in Costa Rica for over 20 years.

Franco also played soccer professionally for 6 years before completing his degree in engineering and pursuing a career in his field of study.  He enjoys volunteer coaching the youngsters including his two boys for FC Thunder Boerne.

Franco began his journey into CrossFit in 2013.  Just 2 years later he achieved his Level 1 Certificate. His goal as a CrossFit coach is to help people get healthier and improve their quality of life. 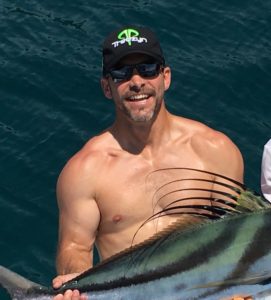 Bennett joined the CrossFit community in 2012 at the age of 40.  In his twenties, he enjoyed amateur body building and in his thirties he switched to endurance sports such as running marathons and triathlons.

In 2014, he became a L1 CrossFit Trainer and he has a passion for helping others achieve their fitness goals.

Bennett has lived in Fair Oaks since 2001 with his wife and two children.  He is a devoted family man, community volunteer and avid outdoors-man. 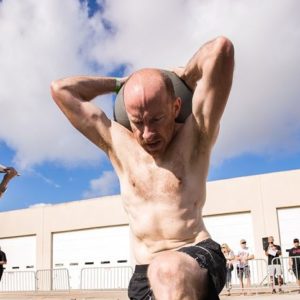 Will followed his wife over to CrossFit in 2014.  Before then he had led an active lifestyle of camping, athletics and the gym life since grade school.

Just a year later in 2015 he acquired his Level 1 Certificate and has been coaching ever since.

Will likes to be well rounded in his life, whether it be CrossFit, sports, computers, board games, movies, woodwork, and is always there for his family and friends.

Miguel started his journey into CrossFit in 2013 and quickly earned his Level 1 in 2014 along with certifications in mobility and gymnastics.

He has been an active participant as Team Lead for CrossFit Regionals & CrossFit Games competitions since 2014.

Miguel was born and raised in San Antonio and enjoys spending time with his wife and three children. He leads an active lifestyle, hiking and playing sand volleyball, and balances it all out by working in business technology and enjoying dinner & drinks with friends.

Miguel loves sharing his knowledge of and passion for CrossFit with the community. 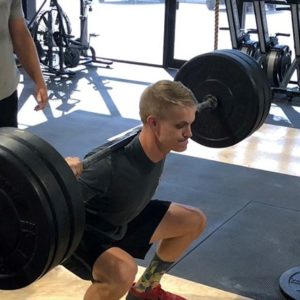 Shaun has been a CrossFitter since 2010, got certified as a coach in 2012, and a CFFOR coach since 2019. Shaun is phenomenal at gymnastics and enjoys a few local competitions every now and then. His favorite CF lift is a Clean!

He’s married with a baby boy and another one on the way and owns his own SA TX Texas Pest control company. In his free time he enjoys any outdoor activity – mountain bike, climb, snowboard, wake board & hike! 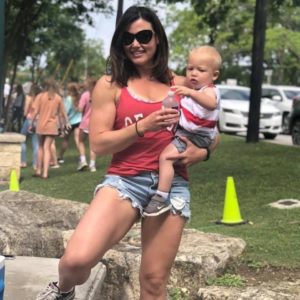 Joanna been Crossfitting since 2013, certified in 2019 and began coaching CFFOR classes in early 2020. Joanna was never into sports and didn’t start working out until a month before she turned 30! It wasn’t until after the birth of her first child that she decided to become healthy and strong for her family!

Joanna loves mixing traditional weight lifting with CrossFit. Her favorite CrossFit move is The Push-Up and she’s been known to challenge anyone, anywhere! In her free time she loves to cook & bake and is passionate about nutrition and creating clean, healthy recipes! 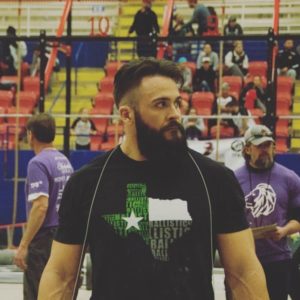 Blake Kidder was involved in sports his entire life. He played football through high school and all the way through college where his work ethic earned him the title of All American. He graduated with a degree in physiology and nutrition. After graduating college he was looking for a way to stay healthy and found CrossFit in 2014. He loves to help people achieve their fitness goals, and really enjoys the Olympic lifting aspect of CrossFit and anything that involves a heavy barbell. What he enjoys most about being a CrossFit coach and an athlete himself is the mental side that pushes each individual to be the best athlete and person they can be.
Blake is a 2 time regional team competitor and looks forward to 2021 Open to make a race for the Sub Master 35 division. His favorite CrossFit movement is the clean and the Assault Bike. Surprisingly, he also enjoys working on his gymnastics with the bar muscle up being another favorite.
In his free time he likes to spend time with family, hunting and being outdoors. He currently is the western regional territory manager for Elite Archery and The Outdoor Group. He has a passion for target archery and hunting and dreams of being able to travel and hunt across the world. 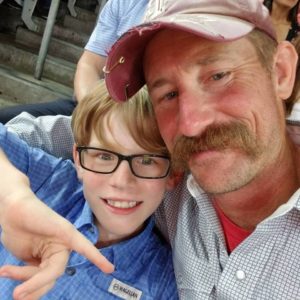 Cliff got started with CrossFit in 2013 and certified in 2015. His favorite CF move is the Squat Clean.
He is affectionately known as Coach Bear and you can usually catch him at the 5:15 am class or working out at 5:30p.

Cliff spends his time with his lovely bride & two pre-teens who are actively involved in sports & motor-cross. The rest of his time is split between playing golf, watching baseball, farming cattle, hunting or fishing. He’s a true Texan. 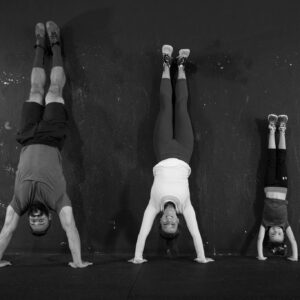 Kelly grew up in south Florida until she was 16. She was a competitive gymnast and eventually transitioned to competition cheer where she won State and National Championships.

After moving to Texas, she stopped training competitively but found a passion for Crossfit in 2014 with her husband Blake. She joined CFFOR in 2018 and became certified in 2020.

Her favorite movements are the handstand push-up or clean and jerk. In her free time she enjoys spending time with her husband and daughter doing family workouts, hunting, hiking, and enjoying the outdoors.